UPDATED OCTOBER 2014 – 2015 rates to be announced week of November 10 and published here immediately.

A new comprehensive report has been published by the The U.S. Department of Health and Human Services sharing data on actual rates American’s paid for Obamacare health plans under the new law. The report reviewed over 19,000 plans offered by insurers in all 50 states and analyized purchase results on the 34 states using the federally-run health marketplace.

Here are the highlights:

Overall, the research shows that the majority of people enrolled in Obamacare received a tax credit (87%) and the tax credit enabled them to get a 76% discount on their health insurance. If consumers elect to go with non-Obamacare care coverage instead — one that is not ACA compliant –then they wouldn’t be able to receive the tax credit AND they’d be required to pay a tax penalty at the end of the year. 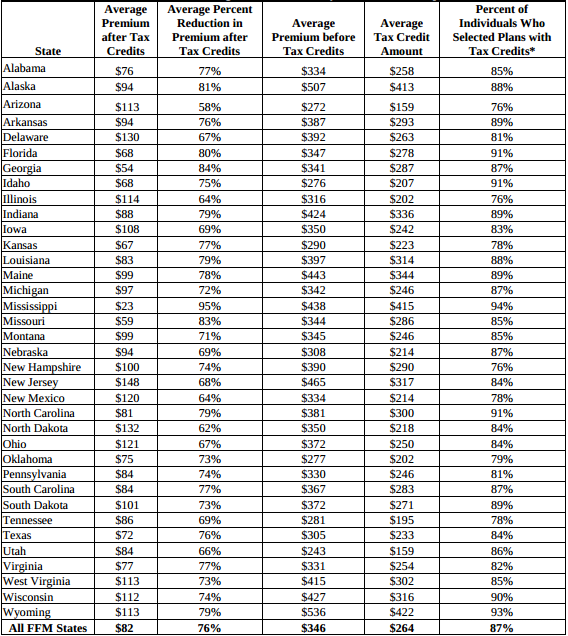 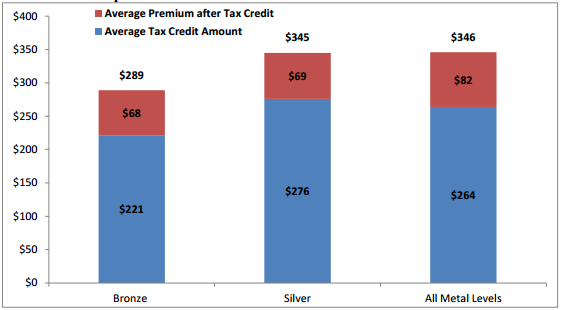 For more information on your state’s marketplace go here.